Golf is a really popular physical activity, played by millions around the world. They play it as competition to earn money, they play it to improve their fitness and they also play it for the social relationships that happen across the activity. The only real disadvantage to golf is that eighteen holes will be challenging. Issues of the lower back and also the feet can occur. The movement of the golf swing may place a lots of twisting stress over the lower back and also the action of walking the 18 holes could put a great deal of stress on your feet. Characteristically these issues may be manageable and do nothing to diminish the exercise and fitness and social benefit of playing golf.

The case of the function of podiatry in golf has been dealt with in a recent edition of the podiatry livestream, PodChatLive. It was broadcast live on Facebook and is today also on YouTube as well as the audio edition as a podcast on Spotify and iTunes. PodChatLive is hosted by Ian Griffiths from England, UK plus Craig Payne from Melbourne, Australia plus they normally have on an expert monthly to talk about a topic. The week of the golf episode they had on no guest since one of the hosts, Ian Griffiths is a bit of a golf fanatic and is quite acquainted with the sport and participating in it as well as the treatment of those who play golf who have foot along with ankle problems. They pointed out the actual demands which golf places on the feet and the techniques golf players can reduce this. They spoke of the need for the shoes which golfers use and how to properly advise golfers with that. Probably the most significant section of the episode had been the conversation around the amount of pseudoscience which has crept into golfing. As an example the use of the power bracelets plus foot supports which allow you to strike the ball more. 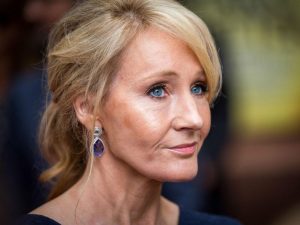